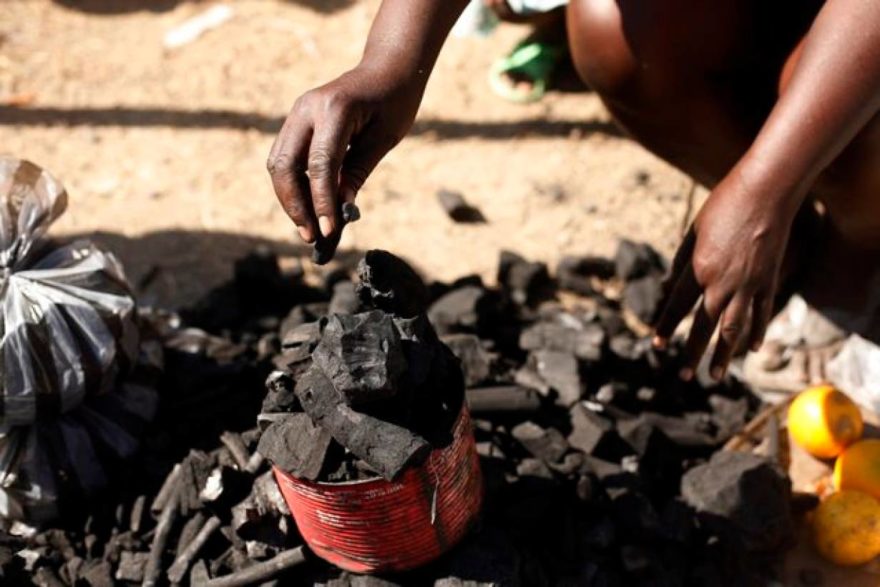 In Haiti, where 80 percent of the country’s 10 million people live on less than $2 a day, every dollar counts.

That’s what Haitian social entrepreneur Duquesne Fednard had in mind nearly three years ago when his company, D&E Green Enterprises, started to make energy-efficient charcoal stoves in the Caribbean nation.

Most Haitians use charcoal to cook, spending roughly a quarter of their annual income on buying charcoal, says Fednard.

Reducing that amount can make a real difference in how much families get to eat and whether or not children go to school, he says.

“The number one impact of our EcoRecho cook stoves is that users are able to cut their energy costs. The impact is immediate. Our stove uses 50 percent less charcoal than traditional Haitian cooking stoves, and it can reduce CO2 emissions by 60 percent,” Fednard told Thomson Reuters Foundation in a telephone interview from Miami, on his return to the Haitian capital Port-au-Prince.

“The stove is more energy efficient because it reduces the loss of heat. This means cash savings of US$150 a year for a family, based on cooking one meal a day. The less a family spends on fuel means more money can be spent on school and their businesses,” he said.

Using charcoal, which comes from cutting down trees, brings with it major environmental consequences.

Decades of deforestation have left Haiti with less than two percent of its original forest cover and has led to soil erosion and severe flooding, Fednard said.

“Using less charcoal to cook a meal can reduce the impact of deforestation,” said Fednard, a graduate from the State University of New York and Columbia University in the United States.

The EcoRecho stove, made from metal and clay, is inspired by a similar energy-efficient stove Fednard came across in Ghana.

While traditional cooking stoves in Haiti cost $3 to $20, the EcoRecho stove retails at $8.67, he said.

“The true cost of the stove is $14. We sell it at a subsidised price,” he said, adding that the stoves are sold in the streets and markets of Port-au-Prince by the company’s 25 distributors.

The product is proving popular with both women and men.

Along with cash savings and environmental benefits, the EcoRecho stove can also help reduce health problems, particularly among women who do most of the cooking.

Inhaling fumes from burning charcoal can lead to chronic, and even, fatal respiratory disease, and is a leading factor behind Haiti’s high child mortality rate, Fednard explained.

Born and raised in Haiti, Fednard says he saw virtually no progress made by non-governmental organisations (NGOs) working there to combat poverty and create jobs – in a country thought to have the second highest number of NGOs per capita in the world.

It’s the failure of foreign aid over decades, he says, that drove him to set up his company.

“I am critical of NGOs in Haiti because they haven’t created long-term and sustainable solutions. After 50 years of NGOs, we’ve seen no impact on the ground,” Fednard said.

“The NGO model, which is accountable to donors and not to the people it serves, is broken. That’s the statement I want to make with my company. When donor money runs out, a project stops. You can’t have an economy based on NGOs. Foreign aid has created a culture of dependency.”

Instead Fednard believes development should focus on using local talent and raw materials, which create jobs in the marketplace.

“You can solve social issues through a market-based approach,” he said.

The company has sold 36,000 stoves over the past three years, but it hasn’t been easy.

Natural disasters have hit the company hard in recent years…