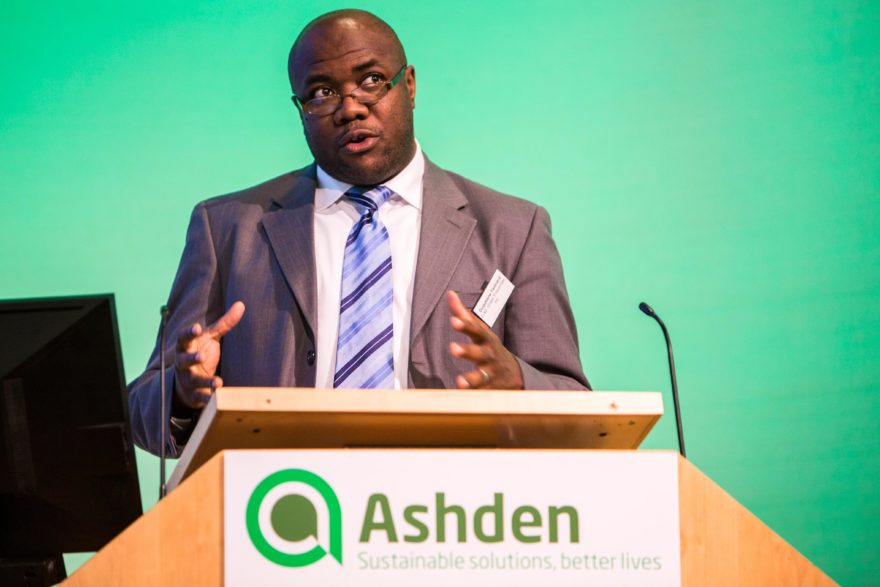 Disaster struck Haitian stove-maker Duquesne Fednard only a week after his workers were trained and ready to start production.

The January 2010 earthquake killed more than 220,000 people and made more than 1.5 million homeless in Haiti.

Mr Fednard’s new stove-making factory was destroyed, along with all but two pieces of equipment.

He had been in New York at the time of the quake. Mr Fednard returned to Haiti six weeks later and called a meeting with his 15 employees to tell them that with everything destroyed the business was over.

But Mr Fednard’s employees refused to let him walk away.

“One guy said to me, ‘This is the only thing right now that we were holding on to. The earthquake took away our families and houses and everything we own. You’re taking the last thing that we were counting on.’ ”

Mr Fednard was humbled. “After a statement like that, I felt like it wasn’t about me anymore.

“This was more about giving these people hope.”

Production was moved into two tents donated by a local businessman, with the stoves made using artisanal techniques.

In Haiti, most people use metal charcoal stoves to cook their food.

Mr Fednard is the founder and chief executive of D&E Green Enterprises, a company that makes a fuel-efficient stove called the Eco Recho, which uses only half the charcoal of regular ones, and sells for £7 ($10.50) to £8.50.

The Eco Recho stoves are more efficient because, although they have a traditional metal exterior, there is also a heat-retaining inner ceramic layer.