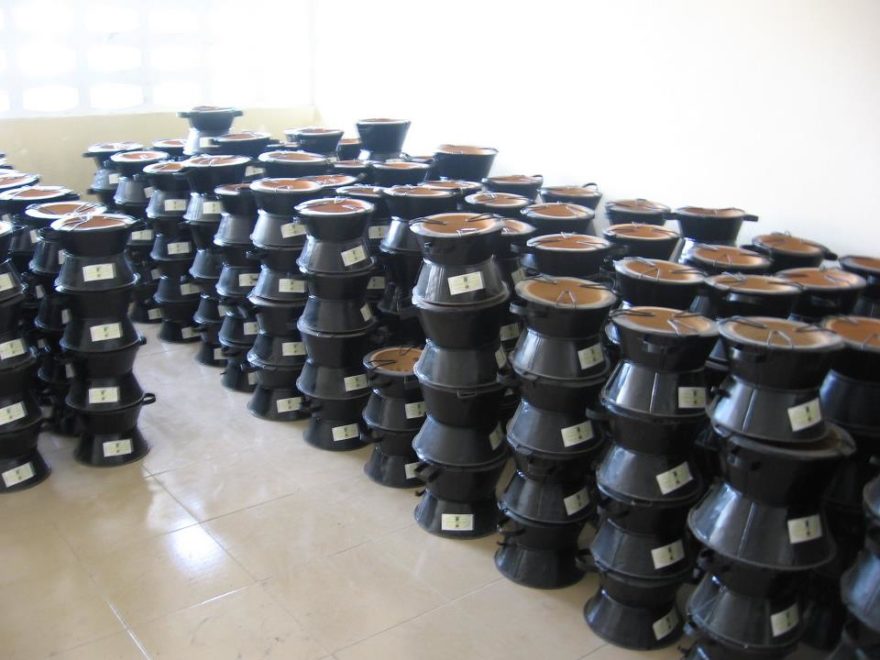 Haiti is a tough place to do business. The impoverished Caribbean nation ranks 181 of 190 countries analyzed by the World Bank. The cookstove business is tough, too. No one has built a profitable cookstove company at scale, even with subsidies. So why would anyone start a business making and selling cleaner cookstoves in Haiti?

For Duquesne Fednard, the founder of D&E Green Enterprises, a cookstove manufacturer in Port-au-Prince, it’s partly about upending the conventional wisdom about his home country. “Haiti has been getting a bad rap,” he says. Fednard was close to giving up after the 2010 earthquake destroyed his small factory, until his workers persuaded him to keep at it. “They pinned their hopes on us,” he says. “It was my responsibility to see it through.”

His partner, Vahid Jahangiri, who is the deputy director of the nonprofit International Lifeline Fund, relished the challenge, too. Haiti was in “complete chaos” after the earthquake, and people desperately needed ways to cook, he told me. Lifeline first imported stoves from China and then employed a crew to pound them out by hand in Lifeline’s Port-au-Prince office. “If you wanted to make a phone call,” Jahangiri recalls, “it was impossible because everybody was banging on metal.”

D&E and Lifeline eventually joined forces to rebuild the D&E factory–an unusual partnership between a charity and a business. These days, they work with another improbable startup, called Carbon Roots International, that makes charcoal from agricultural waste. Eric Sorensen, the co-founder of Carbon Roots, says its goal is to make the equivalent of a Kingsford charcoal briquette that is cheaper and does less environmental damage than conventional wood-based charcoal.

Surely there are easier ways to make a living.

D&E Green Enterprises, Lifeline and Carbon Roots face daunting obstacles. They need to attract more customers, they need to raise money and they need to expand their operations to drive down their costs and achieve economies of scale. I haven’t seen any of them up close (my only visit to Haiti took place more than 35 years ago) but my research and interviews with Fednard, Jahangiri and Sorensen left me with a couple of impressions.

First, they are incredibly determined. Second, they are trying new ideas, testing and learning as they go. Bold, persistent experimentation is a good way to run a cookstove company in Haiti, or anywhere else, for that matter.

The Undeniable Benefits of Efficiency

Fednard, 39, grew up in Haiti, then spent 14 years studying and working in the US, earning a master’s in international relations at Columbia and working in New York Mayor Bloomberg’s office aiding small business. While on a trip to Ghana, he saw improved cookstoves that reduce charcoal consumption because of their design and ceramic insulation. He returned to Haiti in 2009 to start D&E…